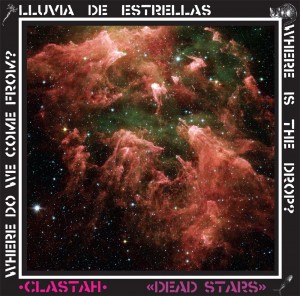 hooray! dear marvelous music lovers. happy to announce the next forthcoming release. classless kulla and istari lasterfahrer consolidated again after their debut release years ago, their second one “Wir hatten doch noch was vor” and the last release “Auf & Zustände”, now under their new name CLASTAH.

recordings for this new album went on for the last three years on rare occasions with lots of thinking, traveling, soldering and doubting in fare nebular space systems inbetween. but everything should come to an end, all fuel on the spaceship is burnt, all comets have been hitchhiked, and eating krill and kelp day in and day out is just not really satisfiying; they came back from strolling the kosmos, and so here we go: but you have to wait till it’s finally ready in its materialized form – out in fall 2016 on a double 12inch sized vinyl record!

in between you can listen to the last year released video out-take of the song “wir streiken” or this just brand new edited video of one of the tracks of the release: