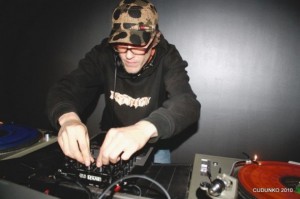 Mr.Boogie: started his career in 2003 as a Drum & Bass DJ influenced by artists like the Fullcycle Crew, True Playaz, Twisted Individual and various other Jump Up heads. As part of the former Bassrausch Crew, a collective of DJ’s from Thuringia, he was having performances at diverse parties nationwide.
In 2005, shortly after he moved to Potsdam in the outskirts of Berlin, Boogie came in contact with Grime music. Inspired by the new and fresh sounds, he got motivated to tinker his own suchlike beats and soon focused exclusively on producing Dubstep tunes with his unique monster bass sounds.
Since 2008 he released tracks on various dubstep labels like Scrub A Dub, Police In Helicopter, Sin City Recordings and Bassclash Records.